29 years ago, a Portuguese professor of microelectronics travelled from Europe to Macao, a city with a blend of Chinese and southern European vibe. When he arrived at the University of Macau (UM) campus as a visiting professor, he was planning to return to Portugal in two years. However, inspired by a group of diligent and talented students, he finally chose to stay at UM, where he has since led generations of students to promote microelectronics research. Today, he and his students have established a world-leading state key laboratory of microelectronics at UM, and together they have developed a series of advanced chips in Macao, which was once derided as a ‘research desert’. 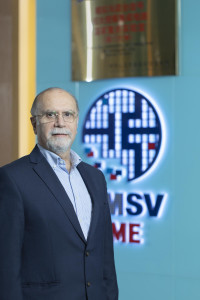 A Research Blueprint for Two Decades

The exhibition room of the State Key Laboratory of Analog and Mixed-Signal VLSI (SKL-AMSV) showcases UM’s achievements in microelectronics research, with photos of chips developed by UM researchers and their participation in international academic conferences decorating the walls. Some of these photos depict important moments of the academic journey of Prof Martins, who is UM’s vice rector for global affairs, and director of the university’s Institute of Microelectronics and the SKL-AMSV.

On the evening of 29 October 1992, Prof Martins, his wife, and their three children walked into the staff quarters of the old UM campus, which was located on Taipa Island. ‘To be honest, my first impression of UM was not very good,’ says Prof Martins. ‘I told my wife not to unpack all of our bags because I thought we would probably be going back to Portugal soon.’

Before joining UM, Prof Martins had taught electrical engineering at the Instituto Superior Técnico of the University of Lisbon in Portugal for 12 years. In 1983, he designed a chip with analogue functions. In 1991, he became the first in Portugal to design a chip for a doctoral thesis.

When Prof Martins arrived at UM in 1992, the semester was coming to an end and there were no classes to teach. Accustomed to a busy schedule, he set himself a task: writing a report on the Faculty of Science and Technology (FST). ‘I was only 35. Today, almost 30 years later, I have over 700 publications, but I still think the best thing I’ve written is this report,’ he says. 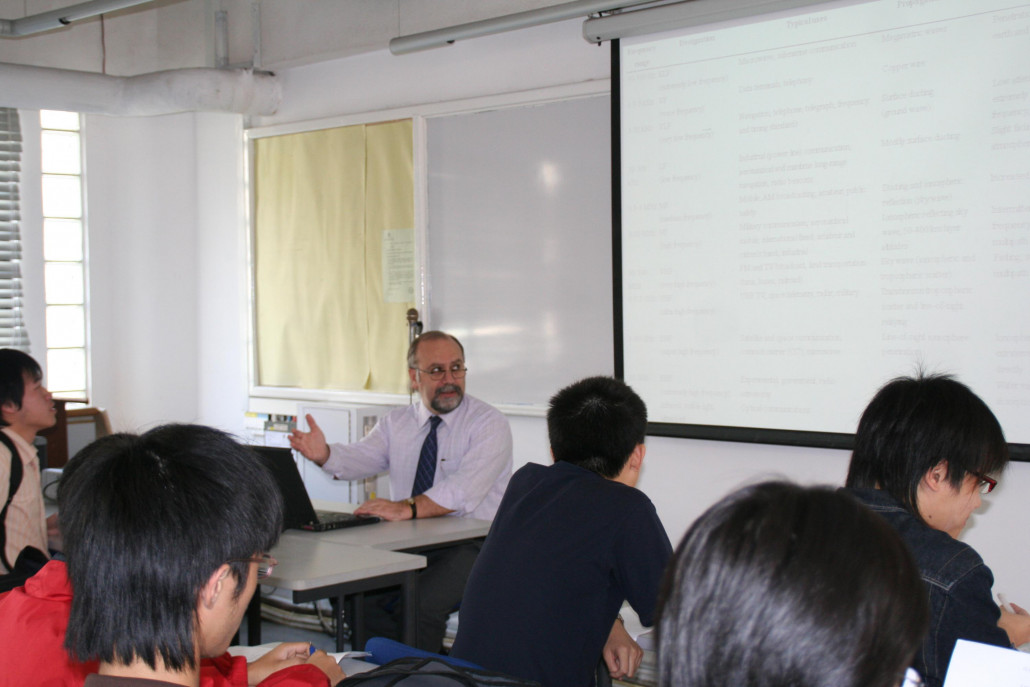 In his report, he proposed new areas of research at UM and launching master’s and doctoral programmes. His suggestions were approved by the Portuguese Macao government and Prof Li Tianqing, then rector of UM. The report became his blueprint for promoting research at UM over the next two decades, with him as dean of the FST (1994-1997) and vice rector for research (1997-2018). In the report, he also pointed out that the students at UM were highly motivated to learn, unlike the students he had taught in Portugal. ‘I came to Macao on a two-year contract as a visiting professor, but these hard-working students made me want to stay at UM,’ he says. 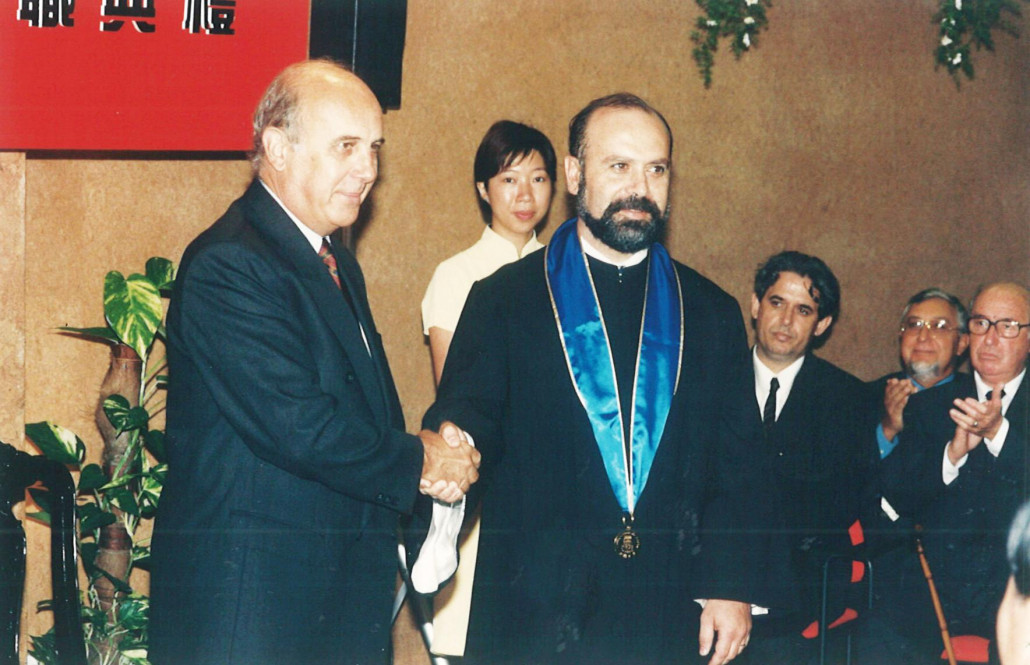 Prof Martins (right) became the vice rector of UM in 1997, the same year the university launched its first doctoral programme in electrical and electronic engineering.

The First Microelectronic Chip Designed by UM
Prof Martins was instrumental in launching the first batch of FST’s master’s programmes in 1993, including his own master’s programme in electrical and electronics engineering. He recalls: ‘In the UM Senate, a professor was totally against this master’s programme. He said it was impossible to do electronics research in Macao. He believed that only big companies like IBM and Intel could do it.’

The professor’s pessimism was not unexpected, as Macao was then considered a ‘research desert’. Even the first ten students in the master’s programme didn’t believe they would be successful when they began designing chips. ‘It was very difficult, because the students didn’t know anything about the technology,’ says Prof Martins. ‘The computers here weren’t very good for designing chips either. And we didn’t have a lot of computers. To meet their goals on time, the students had to work at night and the Chinese New Year holidays.’ With scarce resources, however, they successfully developed the first generation of UM chip, in 1994. This first UM-designed chip was presented at an academic conference in 1995. 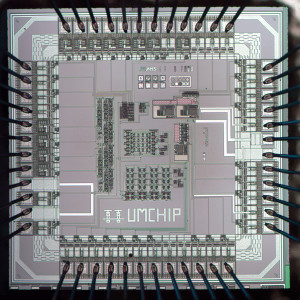 After the development of the first generation of UM Chip, Prof Martins was excited to create a microelectronics research team. The first step was to recruit students as teaching assistants. In 1997, the first doctoral programme in electrical and electronic engineering was launched, with Ben U and Ken Tam as the first two students. In 2002, Prof Tam founded the Wireless Communication Laboratory at UM, which was followed by the creation of the Analog and Mixed-Signal VLSI Laboratory by Prof Martins and Prof Ben U in 2003.

Distinguishing Itself with Chip Research

The laboratory was initially located in a garage on the old campus, and was later moved to two small rooms on the car park floor of the Jubilee Building. At that time, the laboratory was short of funding, equipment, and working space. Fortunately, after the Macao Science and Technology Development Fund was established in 2005, the laboratory could apply for its funding for research projects, and its the scale and achievements begun to surge. In 2009, UM applied to the Ministry of Science and Technology of China for the establishment of a state key laboratory and the granting of state key lab status for Prof Martins’s existing laboratory of microelectronics. However, after visiting Fudan University in Shanghai in 2010, Prof Martins felt it was impossible for his laboratory to be approved as a state key laboratory. 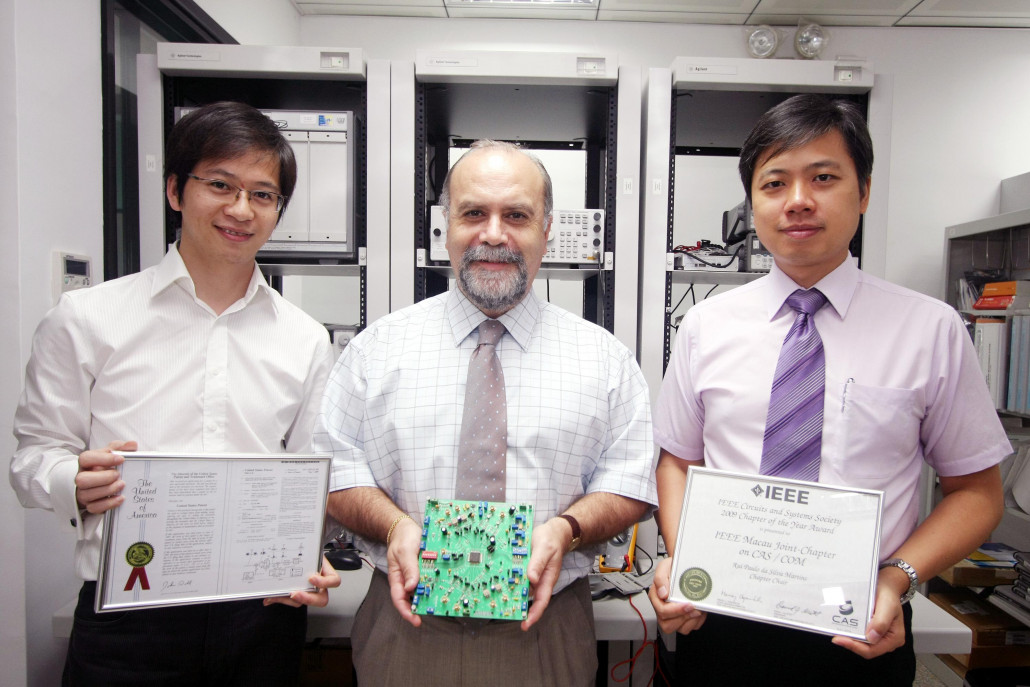 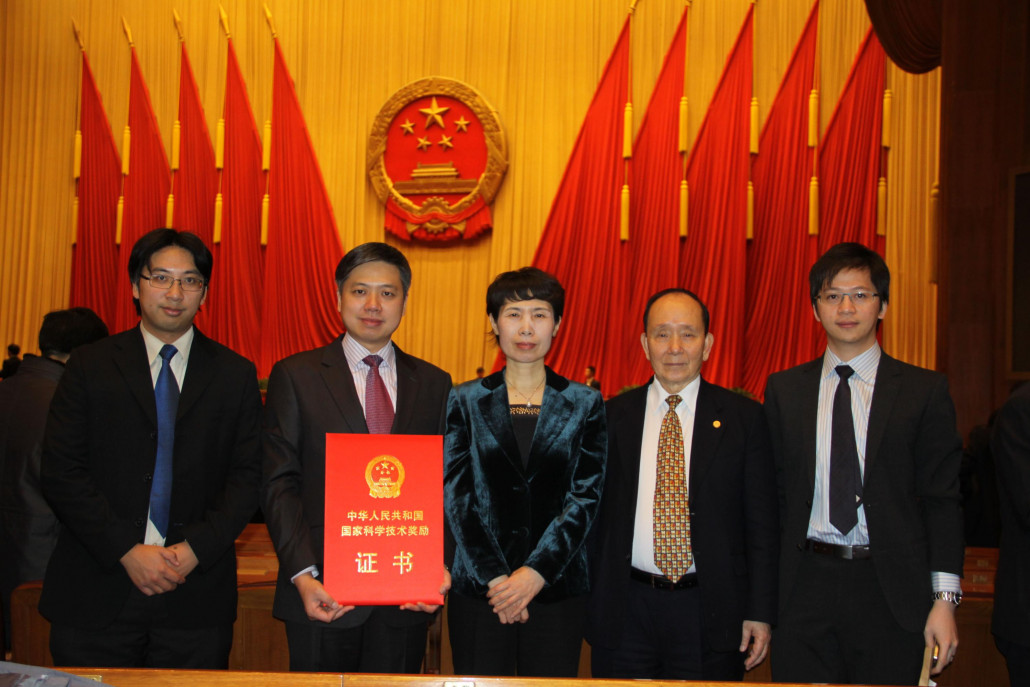 In 2011, the State Key Laboratory of Analog and Mixed-Signal VLSI (University of Macau) receives Macao’s first Second Prize of the State Scientific and Technological Progress Award.

At the time, China’s only state key laboratory of microelectronics was located at Fudan University. ‘We only had about 30 people. This Fudan laboratory had 300 people,’ says Prof Martins. ‘Here, we had two small rooms in a parking lot. Theirs was a huge five-storey building in Pudong. So I said we couldn’t get approval.’ However, a laboratory’s research results don’t necessarily depend on its size. In November 2010, two UM papers were selected for presentation at the International Solid-State Circuits Conference (ISSCC), which is the world’s leading forum for presenting the latest advances in chip research. At the conference, UM was ranked 15th in the world and fifth in Asia. Other presenters included the Tokyo Institute of Technology, STMicroelectronics in France, the University of California, Berkeley, Taiwan University, Chiao Tung University Toshiba, Korea Advanced Institute of Science and Technology, Texas Instruments, Broadcom, Analog Devices, and the Massachusetts Institute of Technology. One month later, the Ministry of Science and Technology approved the establishment of SKL-AMSV at UM. This affirmed the university’s leading position and international influence in microelectronics research. 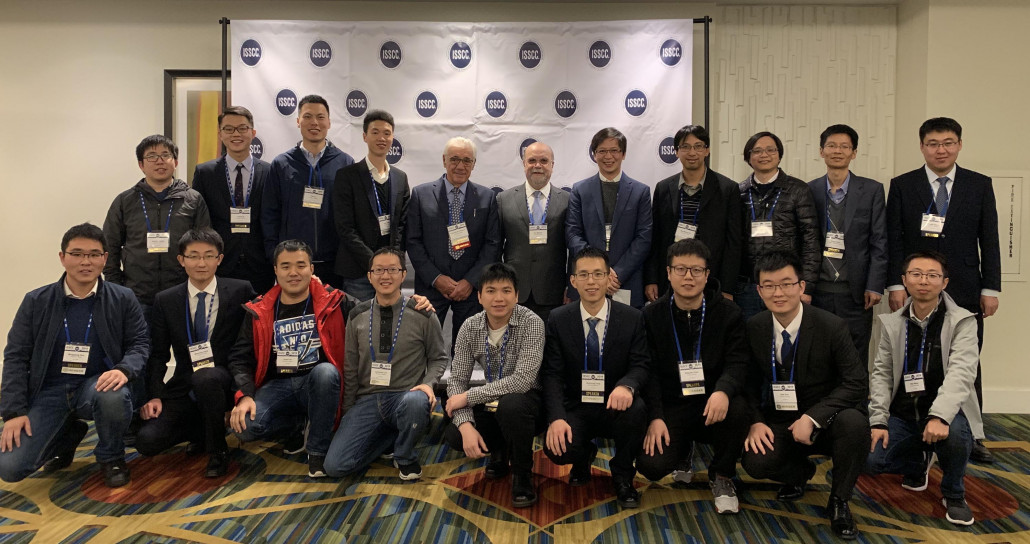 A group photo of Prof Rui Martins (2nd row, 6th from left) and his research team after presenting an article at the International Solid-State Circuits Conference in San Francisco in 2019

In 2014, the laboratory moved to UM’s new campus on Hengqin Island in Guangdong and has grown rapidly since then. Today, it has two innovation centres and a spin-off biotech company, and also offers two master’s programmes.

From 2011 to 2021, 41 papers from the laboratory were selected for presentation at ISSCC. In the 2019 conference, UM had eight papers selected, which is equal to the number of selected papers from the mainland China and Hong Kong combined, ranked the UM second in the world, next only to Intel. ‘Two decades ago, the professor at UM said that only Intel and IBM had the capability to do microelectronics research. Today, we are at the same level as Intel,’ says Prof Martins. In other words, UM has distinguished itself internationally with outstanding results in chip research.

After completing his first chip design with his students in 1994, Prof Martins returned for 1 week to the Instituto Superior Técnico at the University of Lisbon, where a Chinese doctoral student helped him engrave the Chinese character for ‘double happiness’ on the chip, symbolising the wish for good luck to the UM research team. Prof Martins says he was indeed lucky to have made his mark in microelectronics at UM, but the main contributing factor to his success was not luck, but the support of his family and the faith his students placed in him. ‘I told the students that the University of Macau was not famous, but we could make it famous by developing microelectronics.’ He says. ‘Even I didn’t quite believe myself when I said that, but they believed me and had faith in me. Striving to be on top of the world is not easy, but with determination, our students have succeeded in doing just that. Elvis is an example.’

First UM Undergraduate to Publish in an Academic Journal

Elvis first met Prof Martins in a circuit analysis class in 1999, when he enrolled at UM after graduating from Instituto Salesiano, a Catholic school in Macao. In 2003, he wrote his graduation thesis under the supervision of Prof Ben U. Prof Martins found the topic of Mak’s thesis interesting, helped them write an academic article based on that thesis, and published it in Electronics Letters, an academic journal. ‘That was the first time that an article by an UM undergraduate student had been published in a journal. Prof Ben U and I thought Elvis could probably go straight to a PhD without taking a master’s programme,’ Prof Martins says. 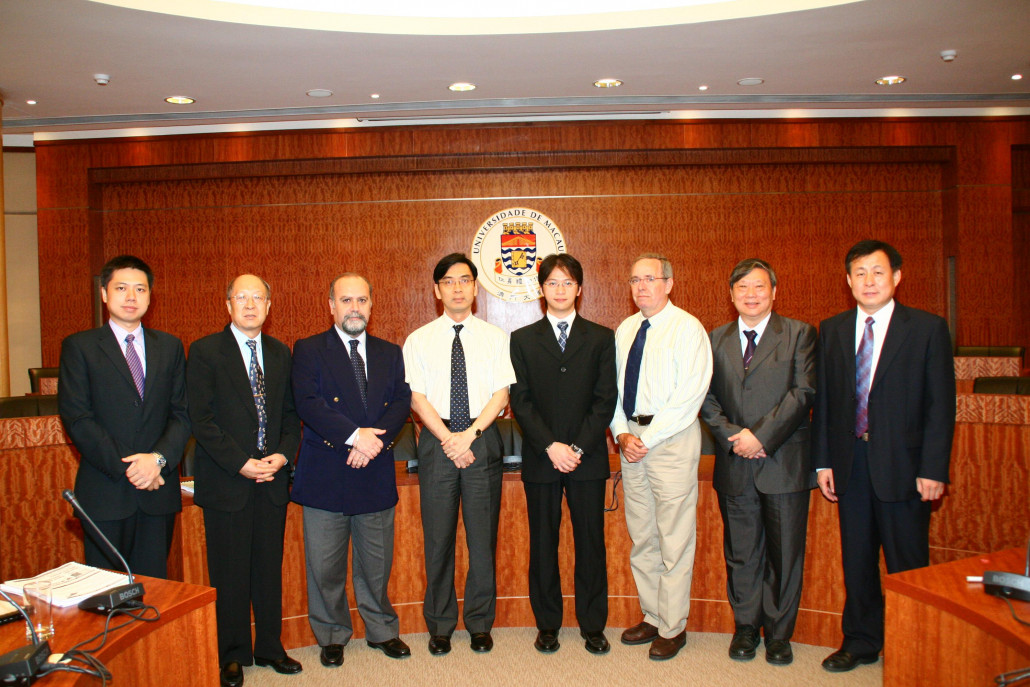 In 2006, Prof Rui Martins invited leading experts in microelectronics to be part of the evaluation panel for Elvis Mak’s PhD oral defense.

Three years later, Mak received his PhD from UM. Later, he became Prof Martin’s colleague in the laboratory, of which he is now a deputy director. ‘After the students get a PhD, they don’t call me professor anymore. They call me Rui. So we’re Rui and Elvis. We are friends rather than a teacher and a student,’ says Prof Martins. 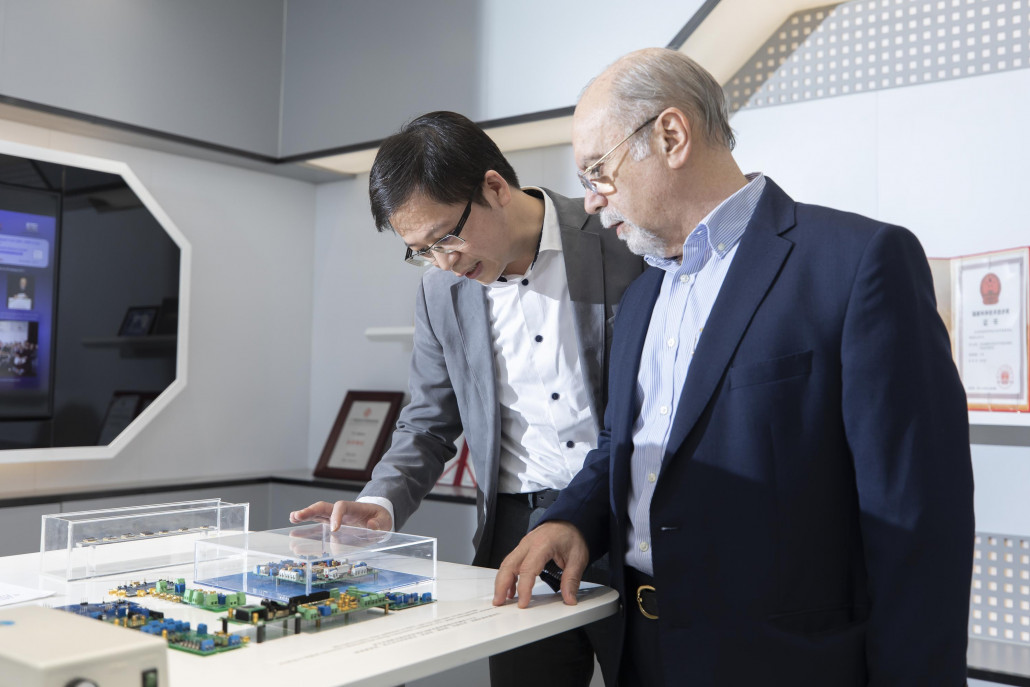 Over the past 22 years, Prof Mak has learned academic knowledge and leadership skills from his mentor. He says: ‘Prof Martins was the vice rector for research for many years. He has been trying to develop a research plan for the university over the past 20 years. I know how difficult it has been for UM to develop to what it is today. Everyone has difficulties in his position, but Prof Martins’ position was extremely difficult. He overcame all the challenges to make things happen, turning one research idea after another into concrete projects.’ 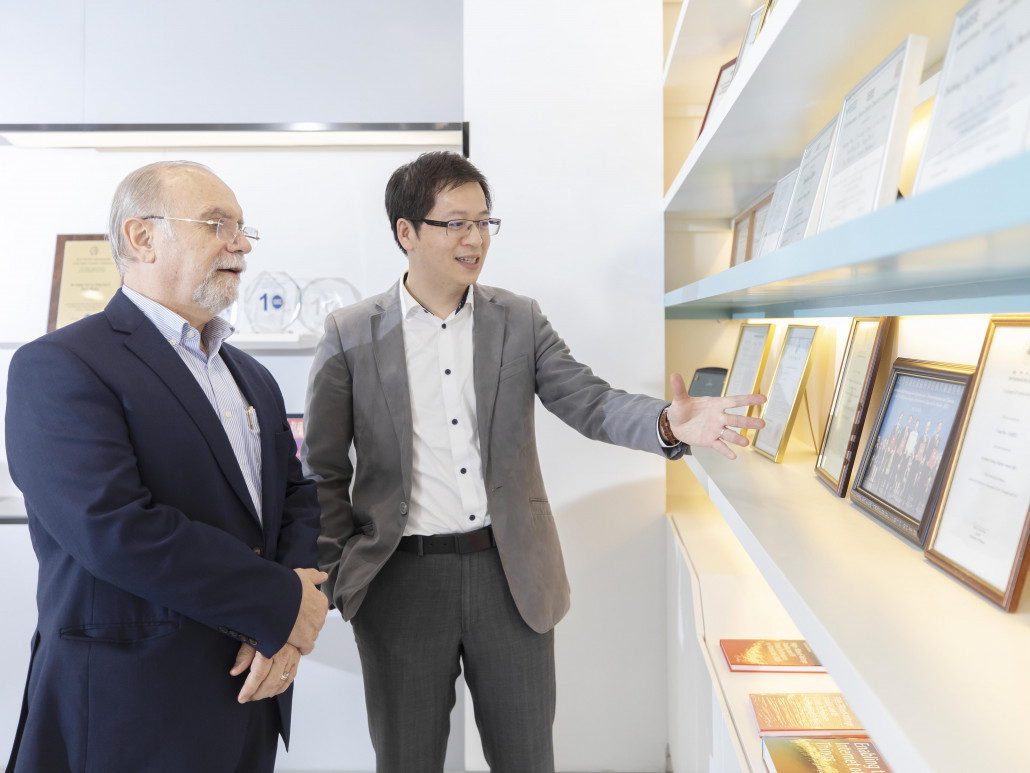 Chip research has become a key research area at UM, which is now at the forefront of this field. The pioneer of Macao’s chip design is now leading a group of outstanding researchers and students. ‘It’s not easy to reach the top of the world in chip research, but when you try to do it and achieve your goals, you arrive at the top,’ says Prof Martins.

Innovation knows no boundaries, and the pioneering spirit of the UM Chips will be passed down from generation to generation at the university.