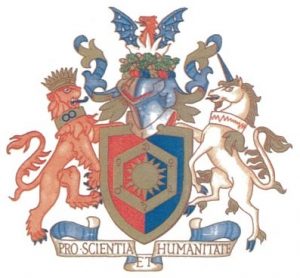 The University of Macau (UM) has reached a next level in microelectronics research! Prof Elvis Mak Pui-In in the Department of Electrical and Computer Engineering at UM, who is also the associate director (research) of the State-Key Laboratory of Analog and Mixed-Signal VLSI and the Institute of Microelectronics, has been elected a fellow of the Royal Society of Chemistry (RSC) in the United Kingdom. Founded in 1841, RSC (www.rsc.org) is the oldest chemical society in the world, with more than 54,000 members. Achieving fellow status in the chemical profession denotes to the wider community a high level of accomplishment as a professional chemist.

Prof Mak’s multidisciplinary research group developed a series of digital microfluidic and nuclear magnetic resonance (NMR) technologies for advancing the analytical chemistry via the microelectronics. The inventions are internationally recognised with a number of patents, books, and articles, some of which have been published in RSC Lab on a Chip, RSC Analyst, RSC Advances, ACS Analytical Chemistry, Oxford Bioinformatics, Nature PG – Microsystems & Nanoengineering, Elsevier Sensors and Actuators, Springer Microfluidics and Nanofluidics, Nature PG – Scientific Reports and IET Micro & Nano Letters. In 2019, the team founded the DigiFluidic Biotech Ltd. (https://www.digifluidic.com/) , a spin-off company of UM that commercialises digital microfluidic chips for virus screening and food-quality monitoring.

Prof Mak is a native of Macao and an alumnus of UM. He was elected a fellow of the Institute of Electrical and Electronics Engineers (IEEE) in 2019 for his contributions to radio-frequency and analog circuits. He was elected a fellow of the UK Institution of Engineering and Technology (IET) in 2018 for his  contributions to engineering research, education, and service. In the same year, he was named an Overseas Expert of the Chinese Academy of Sciences for his expertise in microelectronics. He received the Commemorative Medal for the 70th anniversary of the People’s Republic of China in 2019.

Microelectronics is one of the main research areas at UM. It has won the second prize of the State Scientific and Technological Progress Award and was ranked second in the world in terms of the number of papers published at the International Solid-State Circuits Conference, second only to Intel. 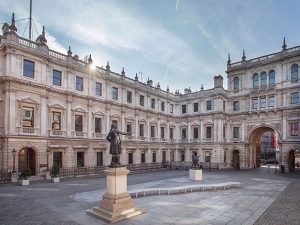 Originally a private Palladian mansion built in 1664, Burlington House has been the London residence of the Royal Society of Chemistry since 1857. It is home to several historic book collections, scientific artefacts and original pieces of art and sculpture. The venue is available for conferences, receptions and dinners, with audio-visual facilities included in the cost of room hire. https://www.list.co.uk/place/81117-royal-society-of-chemistry-london-w1j/